Lord of the Harvest

Recently we’ve been learning some new ideas from The LK10 Community.  One huge idea has been praying the Luke 10.2b Prayer.

In Luke 10, Jesus sends out his disciples on an evangelistic mission to preach the Good News of the Kingdom of God.  In addition to his twelve disciples, whose names we know and who (in large part) become what we know as the Apostles, Jesus appoints seventy-two others and sends them also.  These are seventy-two men whose names we do not know, and whose lives we do not follow.  They are apostles, because they are sent (the Greek word apesteilen used in verse 1 means “sent” and is a verb form of the noun apostolos – apostle).

Interestingly, Jesus sends them “ahead of him,” which suggests he will also go after them to preach and heal and cast out demons in each of the towns and villages where they find welcome.  They stand, in a sense, in the ministry of John the Baptist preparing the way of the Lord, yet they also have come after the Lord.  They serve as a paradigm or prototype of the ministry that will be given to the Church in the new age that Jesus ushered in.

These seventy-two plus twelve, the Apostles and the apostles, were sent with a directive to go without money or supplies and not to greet anyone on the the road.  They were to enter a house and offer a blessing of peace – “Peace be on this house.”  If a man of peace was there, the blessing of peace would remain.  If not, it would return to them.  They were instructed to stay in that house as long as they remained in that town, eating and drinking what was set before them as workers receiving wages.

Well, that’s exactly what some church planters are doing.  They are looking for people of peace/houses of peace in which the gospel and the Kingdom of God expressed through the Church can be planted and take root.  But how in the world can this work?  How in the world did it work for the early apostles?

Jesus gave them the key – a prayer.

“He told them, ‘The harvest is plentiful, but the workers are few.  Ask the Lord of the harvest, therefore, to send out workers into his harvest field.'”  This prayer is both a command and a promise.

The verb is an imperative, a command – Jesus tells them, pray this.  It isn’t optional.  If the great, “capital A” Apostles and the nameless seventy-two who joined them needed this prayer, how much more do we?  I ask this question as one who ignored this command for years.  Did I pray, on occasion, for God sent workers to our church?  Yes.  But did I trust God for every person and opportunity that he wanted to send my way on a regular basis?  Absolutely not! And to my shame.

“This is our part in seeing apostles and people of peace launched (ekballo) by the Lord of the harvest.” 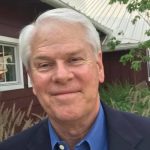 But why didn’t I pray to the Lord of the harvest?

The honest answer, I think, is that I didn’t really believe he would answer that prayer.  And this is where the promise part comes in.  If Jesus tells us to pray to the Lord of the harvest for more workers, there must be in there an implied promise that God will answer the prayer.  I thought that what would really work was me trying harder or being better 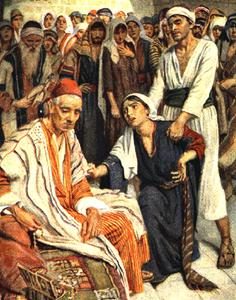 as a pastor.  And here, Jesus says that the only way you can expect to have success is by asking the Lord of the Harvest, our Father in heaven, to prepare in advance the people he wants us to reach.  And so, like the persistent widow in Luke 18, I’m praying this prayer every day (some people pray the 10:2b prayer each day at 10:02).  I pray for two types of people, both of which are present in the passage.  I pray for people of peace and I pray for leaders who will seek out people of peace (apostles).  I’ll discuss each in the coming posts.