In Spanish, the word for meat is carne, which comes from the Latin word caro of the same meaning.  Whenever I hear the word incarnation (in + caro) – a word used to describe our Lord Jesus taking on human flesh – I can’t help but think of my made-up word, “meat-ified.”  Jesus was meat-ified and so became like us.  Rather than remaining distant in his celestial abode for all eternity, God traversed the chasm between himself and humanity by becoming a human and moving into the neighborhood.

When you think about it, God is very different from you and me.  Thankfully so, we may add.  To start with, God is eternal – having no beginning and no end.  God is holy, which results in a great deal of fear every time people come in contact with him.  Jacob, Moses, Isaiah – these men all marvel that they have seen the Lord without perishing.  It is a dreadful thing to come face to face with the living God, to paraphrase Hebrews 10.31.  God is all-knowing and perfectly wise.  Sometimes it seems that if you were going to think of all the traits a person could have that would be the opposite of our traits, then you would have God.

Still, the Bible also says that God made us in his image (Genesis 1.27).  God places some of his qualities in us.  We are rational and creative people who use our minds for many wondrous activities.  We are relational and need others to fully realize our potential.  We are responsible moral agents.  But all these qualities and more are but reflections of the true form they take in the Trinity.  When all is said and done, God seems very far away indeed.  That is, until Jesus came.

Lest there be any confusion, the incarnation is not some metaphor for God being near to us or caring about us as humans.  This incarnation took place in history and we have the testimony of the Gospels and Paul’s writings, which bear witness to the physical nature of the claims.  God truly took on flesh.  There are more historical accounts that prove the existence of Jesus than there are for most other historical men and women whose real lives we take for granted. 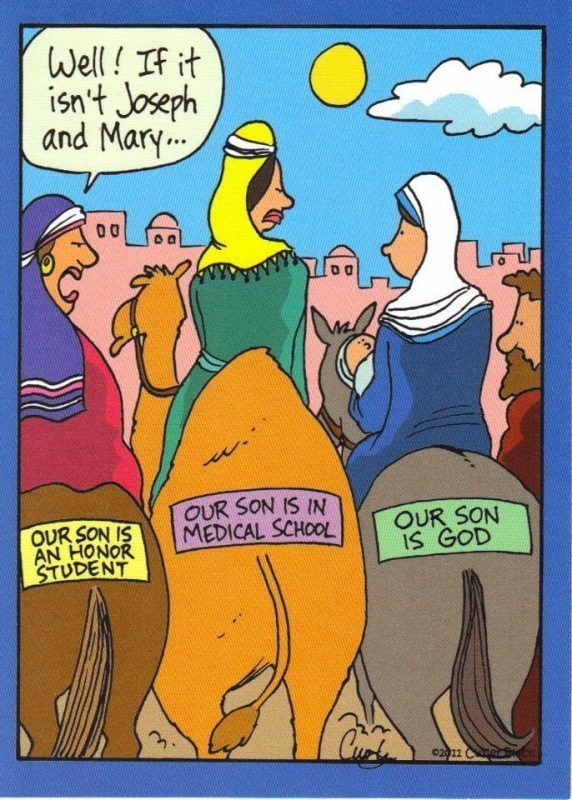 Jesus, though God, was born as a real human being.

Jesus took on flesh, became like us, so that he could save us.  He entered into our reality and situation as one of us so that he could represent us before God, the Father. In Hebrews 2.16-18, the author tells us that Jesus did not come to save the angels.  If he had, he would have become like them.  He came to save humanity, and so he needed to become fully like us.  What makes this claim in Hebrews so powerful is that in the previous chapter, the author goes to great pains to show that Jesus is also fully God.  He created the universe (Heb. 1.2), he is the exact representation of the Father (Heb. 1.3), and he is eternal (Heb. 1.10-12).

The Punishment Fits the Crime

Think of the process like this.  Men and women have sinned and are deserving of death.  This penalty is just and fair because the one we sinned against is God himself.  Just as we would understand that the penalty for punching your neighbor and the penalty for punching a police officer are different, sinning against a human being and sinning against the creator of the universe require distinct punishments.  Since God is eternal and infinite, our punishment is the loss of everything we have – our life.  The psalmist says in Psalm 49.7-9 that no one can pay the price for his or her life.  It is too great.  Since no one has the ability to pay an infinite price -the cost of sinning against an infinite God – we are all doomed.

But Jesus, being God, is infinite.  His life can pay the price for our sins.  And far from being what some have called cosmic child abuse, wherein the Father heaps upon the son all his wrath and judgment, this is an act of love by God for his creation.  The Father didn’t force or coerce Jesus, the Son, into anything.  Jesus, being God, freely chose to offer himself up as a sacrifice for us and for our sins. 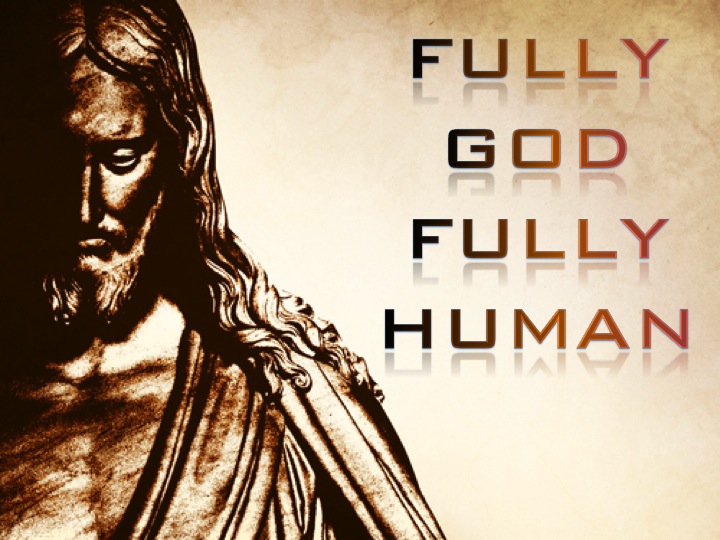 Jesus, though God, was born as a real human being.

As the previously mentioned passage of Hebrews makes clear, our savior also needed to be like us.  It wasn’t enough for God to sacrifice himself.  The one who stands on our behalf must be like us, one of us.  Therefore, God needed to become human.  He needed to take on flesh and blood.  He needed to walk in our shoes and experience our pain.  Also, he needed to show himself to be a worthy sacrifice by withstanding the temptations that overwhelmed the human race to begin with.  Jesus must be a new Adam, who – when faced with temptation and the opportunity to do things his way instead of God’s way – passed the test.  Though Satan overcame Adam and Eve with tempting offers of greatness through eating a fruit, Jesus withstood the temptations of Satan who offered the exact same things to him while fasting – not eating any fruit – in the wilderness (Matthew 4.1-11).

Jesus was a willing sacrifice.  He chose to give his life as a ransom for many (Mark 10.45).  Jesus was a proper sacrifice.  As a human being, he could stand in for all humanity as our “head.”  He became the new Adam (Romans 5.12-18). Jesus was a worthy sacrifice who paid for the sins of the world.  He was infinite, eternal, and proven to be righteous and holy.  Only a God-man could be our sacrifice.  So God put on flesh and dwelt among us (John 1.14).  He moved into our neighborhood and took on our need.  Who could ask for a better neighbor?