And so we come to it.  If we are not of this world but are sent into the world, we must become “meat-ified” like Jesus.  We must become like those God has called us to minister to.  We must move into the neighborhood and settle in to our new calling.  It won’t look like living in the world did before we knew Christ.  Back then, we were natives.  We were like everyone else.  Now, we’re outsiders who are different.  But we’re learning to be “like” again.

The fear can take on many forms.  Most of us remember for ourselves or know someone else who didn’t go to the movies, didn’t go to dances/clubs, refrained from certain social gatherings – all in the name of holiness.  While there are certainly some movies, some dances/clubs, and some social gatherings that would be inappropriate for Christians, none of these activities are inherently evil or worldly.  While there are many reasons not to drink alcohol, as some Christians abstain, this is not inherently evil or worldly.  Jesus went to the parties hosted by alcoholics, spoke and ate with prostitutes, and even befriended those pesky tax collectors (Matthew 11.19; Luke 7.36-50).  Jesus’ first miracle was making over 100 gallons of wine for party guests who had been drinking for days on end already (John 2.1-12).

Do your shoes get muddy or does the mud get “shoey”?

I had a youth pastor who gave me a great mental picture of what Jesus was like.  He talked about the fear of Christians who don’t want to be dirtied by the world.  He likened it to getting a new pair of shoes, all nice and clean.  The last thing you want to do is to step into a mud puddle and get your shoes all muddy.  But Jesus wasn’t like this.  When he stepped into the mud puddle, his shoes didn’t get dirty.  The mud got “shoey.”  The uncleanness of the world didn’t rub off on Jesus.  His holiness rubbed off on the world.  If we’re sent like Jesus is sent, we need to be strong enough to enter into the dirty places of life.  We need to be resilient enough to rub shoulders with all kinds of people without fearing that we’ll be tainted.  Rather, our presence should bring the cleansing power of the Gospel to those we interact with.

Granted, this kind of engagement takes wisdom and discernment.  Ministries to strip club dancers should probably be taken on by women, or men who are so sold out to Jesus that they find these environments to hold no temptation for them.  Going into the drug dregs might not be the best ministry for someone who got sober last week.  But maybe after an extended sobriety has taken hold, it would be a great place for a former addict to share the greater high of knowing the creator of the universe and being invited into the adventure of redeeming the world as part of his team.  I think you get the point.  Being like Jesus is something we grow into, and some ministry contexts would be better for some people than others.

Still, each of us is called into the world.  Each of us in called to be a friend of sinners (famous blogger’s opinions notwithstanding).

The other (equal) danger is that we live just like everyone else.  We go to the parties.  We befriend the prostitutes and alcoholics and IRS agents.  But while we’re there, no mud is getting “shoey.”  No holiness is rubbing off.  If we’re honest, we look more like the world after it’s all said and done than the world begins to look like Jesus. 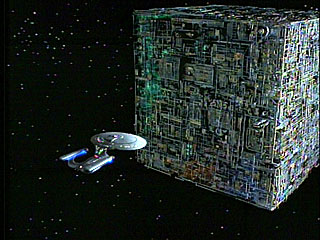 “Resistance is Futile.  You will be assimilated and your distinctiveness will be added to the collective.

This kind of living is not incarnation- this is assimilation.  And make no mistake, the world wants us to assimilate.  Remember the Borg from Star Trek (TNG)?  A giant cubic space ship roamed the galaxy, operated by a group of beings with a collective consciousness – the Borg – each one stripped of personalty or individual choice of will.  The Borg’s tagline?  “Resistance is futile.”  They were going to get you, and there was nothing you could do about it.

While we don’t face such an obvious opponent, our adversary wants to destroy our joy in Christ and one way he can do that is to tempt us into the same sin (generically speaking) that Christ redeemed us from.  And there is a danger that we will be assimilated into the nebulous “world” that Jesus talks about.  C.S. Lewis described the sneaky tactics that Satan uses in The Screwtape Letters, wherein Screwtape, a sort of mentor for demons, counsels his acolyte to entice the believer into all manner of distractions.  In other words, rather than trying to convince us Jesus isn’t real or that salvation isn’t true, the key is to lull us into spiritual complacency through worldly living, fear of the future, overspending and consumerism, and just basically living like the rest of the world does.  To live as we did before both strips us of the power of the incarnation (Jesus became like us to make us holy) and denies the power of the Gospel (Jesus gave us new life so that we could live like he did).

The church, if nothing else, is an alternate community wherein God displays the power and virtues of his Kingdom on earth even before he arrives physic 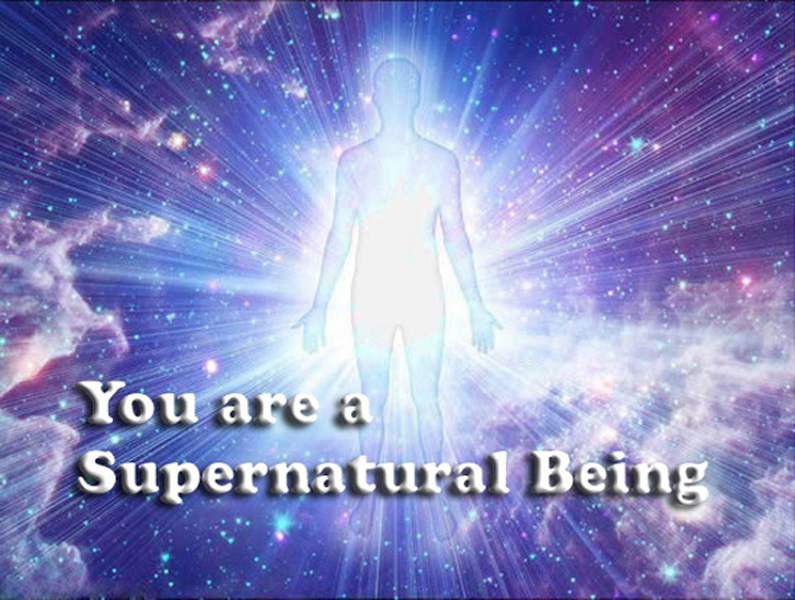 ally to restore his rightful rule over all creation.  We’re called to engage the community as incarnated heavenly beings.  I know, I know.  I don’t feel like an incarnated heavenly being most of the time either.  But it’s true.  We are a new creation in Christ, and we are both present on earth and simultaneously seated with God in heaven (Ephesians 2.1-10).  Somehow, we are “in Christ” right now.  We are so closely connected with him that we can rightfully be said to be in him sitting next to God in the heavenly throne room which served as the basis for the earthly Holy of holies found in the great Temple of God built by Solomon.  You and I, if we’re disciples of Jesus, are in heaven right now.  Whoa!

But Jesus sent us back into the world to incarnate like he did.  How did he incarnate?  He was just like all of us except that he lived a holy life, he called all people – but especially those looked down upon by the religious types – to repentance through relationship with himself, and he gave his life for the good of others.  And so, that is what we must do.  We are empowered finally to live holy lives (though not perfect lives like Jesus did).  We are invited to join with God in his plan of reconciliation by calling people into relationship with Jesus.  We have the same mission Jesus had, as Paul points out in 2 Corinthians.

Since, then, we know what it is to fear the Lord, we try to persuade others. What we are is plain to God, and I hope it is also plain to your conscience. We are not trying to commend ourselves to you again, but are giving you an opportunity to take pride in us, so that you can answer those who take pride in what is seen rather than in what is in the heart. If we are “out of our mind,” as some say, it is for God; if we are in our right mind, it is for you. For Christ’s love compels us, because we are convinced that one died for all, and therefore all died. And he died for all, that those who live should no longer live for themselves but for him who died for them and was raised again.

So from now on we regard no one from a worldly point of view. Though we once regarded Christ in this way, we do so no longer. Therefore, if anyone is in Christ, the new creation has come: The old has gone, the new is here! All this is from God, who reconciled us to himself through Christ and gave us the ministry of reconciliation: that God was reconciling the world to himself in Christ, not counting people’s sins against them. And he has committed to us the message of reconciliation. We are therefore Christ’s ambassadors, as though God were making his appeal through us. We implore you on Christ’s behalf: Be reconciled to God. God made him who had no sin to be sin for us, so that in him we might become the righteousness of God.

And finally, we are called to give our lives for the sake of others.  We offer our bodies as living sacrifices (Romans 12.1) and we expend ourselves for the Gospel and for others.  1 Thessalonians 2.8 shows this theme, where Paul was pleased not only to share the Gospel with the Thessalonians, but also his life.  He echos this in 2 Corinthians 12.15 where he claims to be willing to spend all he has, even to the point of expending his life, for the work of the Gospel.  Nothing we have is worth trading for the privilege of sharing with Christ in this ministry to others.

This is what it looks like to be conformed into the image of the Son (Romans 8.29).  This is how we live like Jesus.