Ushering In The Kingdom

In my last post, I suggested that we need to embody a politic of the Kingdom, or a meta-politic, that rises above our earthy political goals.  I hinted at one of the problems we face when doing this, but let me be more clear.  We will miss the mark (entirely) if we think we can usher in the Kingdom of God here and now.  Many of our popular ideas – whether in our worship songs or our Christian social activism – make just such a claim.  One song we sing in our church says, “Jesus, in your name we can change the world.”  This is true, to an extent.  We can see degrees of change in the world around us.  We can see homeless people fed.  We can see broken families reunited, with relationships restored.  We can even see hearts transformed by the power of the Gospel of Jesus Christ.  These are all wonderful things.

That being said, we cannot see any change to the fundamental problems that plague the world.  We cannot eradicate sin.  We cannot eliminate injustice.  Even in the rare moments when Israel could be called “faithful” there were poor people, oppressed people, widows and orphans, and all sorts of crime.  That is the reality of our life.  Even Jesus said,”The poor you will always have with you.” (Matthew 26.11)   He did not expect us to change that reality then, and he still doesn’t.

This desire to radically change the world is a positive impulse in (mostly younger) Christians today.  In fact, it should be applauded that so many believers care more about others than simply their own comfort or benefit.  Many are willing to live sacrificially in order to make a positive change in the life of others.  This is the driving idea behind books like Radical by David Platt.  The Gospel is not just about; it’s about the whole world.  It has spiritual implications but also material implications.  We are blessed to be a blessing.  Again, this is all wonderful.  But the temptation is to start believing two lies.

Because believers still struggle with sin, manifesting in attitudes such as pride, our first temptation is to believe that we are the key to making the world a better place.  If that were true, then we must be willing to do something extreme and big because the world’s problems are extreme and big.  The problem with this kind of thinking is that the 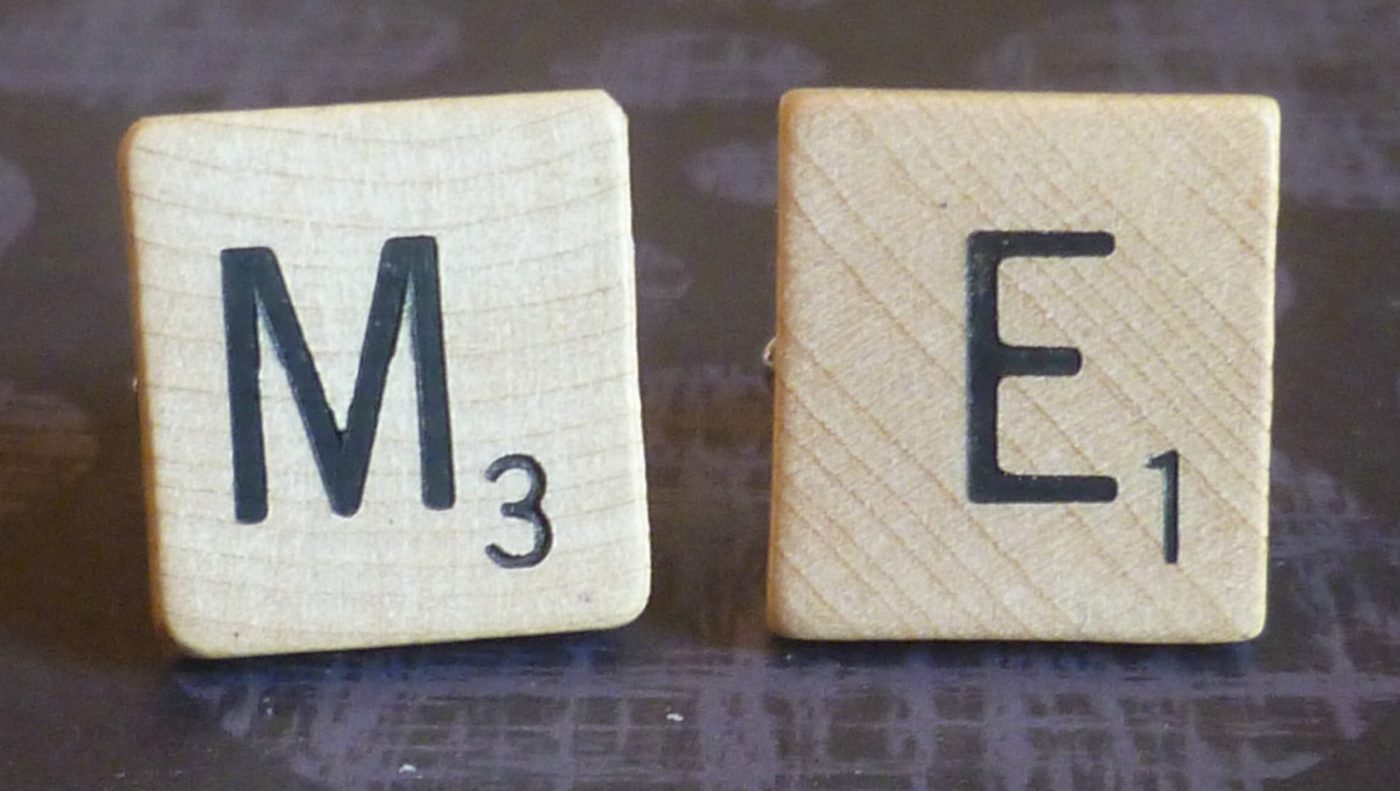 Scriptures teach us more about living a quiet life with our neighbors than it does about world transformation.  Consider Peter’s admonition to live a pure life so that the pagan people around you will see your good works and have no reason to speak ill of you.  He talks about being willing to suffer for doing good.  Next, he talks about how to be a good family person or even a good slave, humbly serving so as to display the truth of the gospel.  Finally, if someone asks you, then give a reason for the hope you have, doing it with humility and gentleness (1 Peter 2-3).  Paul makes similar points about living a quiet life (1 Thessalonians 4.11).  This is not what many people think of as radical Christianity (though it’s more radical that one might imagine).

The second lie we’re tempted to believe is that we can form the world into some Utopian Christian society.  This is what the Puritans tried to establish in New England in the 1600’s and it is what Christians still want to turn the United States into today.  In fact, I regularly hear people speak as if this country were, at one time, a Christian nation that honored God and was more faithful than any other nation.  While our history of genocide (Native Peoples) and slavery (Native Peoples and Africans) – to mention but a few atrocities our nation has committed in the name of Jesus – should dispel these notions, not to mention the fact that Christian identification throughout most of the the history of this nation was well below 50%, the myth still continues.  And so the desire to be a “Christian nation”, whatever that means, persists to this day and many think we can accomplish it if we just do the right things.

What both of these temptations ignore is that fact that only God can make these things happen.  Not only so, but he already told us that he will not do it until Jesus returns.  If our job is to usher in the Kingdom, as many believe, or to establish the Kingdom on earth, as I’ve also heard, then God is playing tricks on us.

Think about this for a moment.  What is it that defines the Kingdom?  Is it not the King?  Without the presence of the King there can be no Kingdom.

The King Defines The Kingdom

The presence of Jesus is the future hope of all Christians.  His presence is what brings the Kingdom.  Consider when Jesus begins to preach the Kingdom.  Matthew 4 describes the beginning to Jesus’ ministry.  He had gone into the wilderness to be tempted by the Devil.
The point of this was to verify Jesus’ qualifications to be the Messiah, the New Adam.  Where Adam failed the test of temptation, Jesus passed the test.  He was confirmed in his righteousness and therefore had the right and the ability to stand on our behalf as our new King.  From that point on, he began to preach that the Kingdom of Heaven, or the Kingdom of God, is at hand.  It hasn’t arrived, but it is close.  It is coming.  Why?  Because the King is in the process of revealing himself to his people.

When Jesus fully accomplished the work he came to earth to achieve (to live a sinless life, model the Kingdom and a perfect relationship with the Father, sacrifice himself for the sins of the world, then rise from the grave in victory thus overcoming sin and death) he ascended into heaven with a promise to return.  When he returns, he will reign as King of kings and then the Kingdom of God will be fully present. 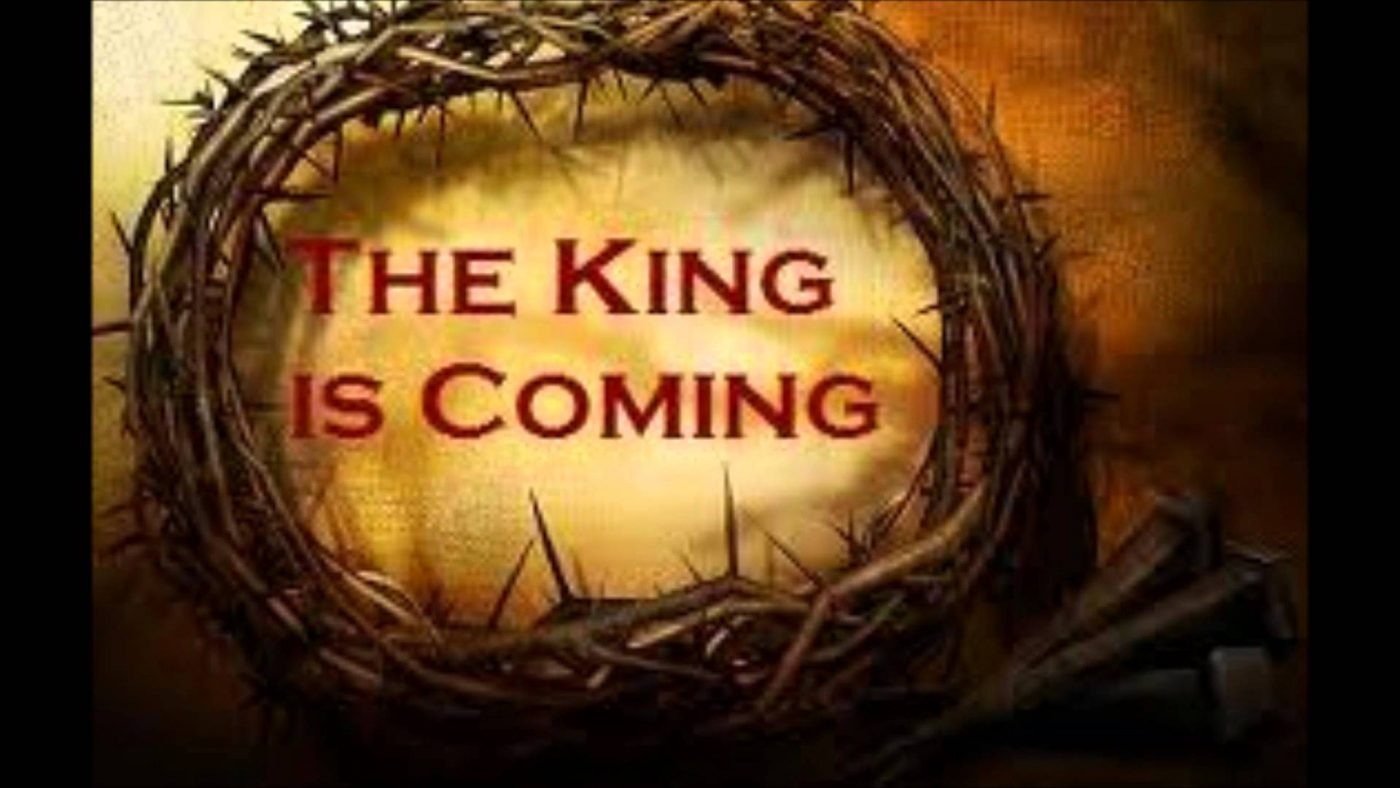 But now we live between the times.  We have already been empowered by the cross to begin to live in victory, but our complete victory will not come until Jesus returns.  This is the “already-not yet” reality of the time in which we live.  Death is defeated, yet we will fall asleep (1 Thessalonians 4.13).  Sin is overcome, yet we still confess our sins and receive God’s grace in our time of need (Hebrews 4.14-16).  We’re awaiting the return of the King.

If we can’t usher in the Kingdom – because Jesus said he was going to do that – then what are we called to do?  Jesus tells us to seek the Kingdom (Matthew 6.33).  First and foremost, this means we are to seek the King.  Our primary purpose as children of God is to know and love Jesus.  When Jesus prays for all believers the night before his death, his prayer is that “the love you [the Father] have for me may be in them and that I myself will be in them.”  When Jesus is about to die, his concern is that we would love him the way the Father loves him and that he would be in us.  What a powerful prayer!  Seeking the Kingdom means seeking Jesus.  And because God honors Jesus’ prayer, we will find him and he will be with us and in us.

What it also means is to seek God at work among us.  Jesus is present all around us, though not in the way he will be present when he returns.  He is working in our midst through his Holy Spirit.  The Holy Spirit is now convicting the world of sin (John 16.8), restraining sin (2 Thessalonians 2.7), indwelling believers (Romans 8.9), giving spiritual gifts (1 Corinthians 12) and he’s doing all this as “another counselor” like Jesus (John 14.16).  The Holy Spirit is Jesus’ representative on earth until he returns.

As we see God at work among us, we simply join is.  Where people are hurting or are in hunger or pain, we recognize that God works to alleviate these needs and so we join in.  It is not “up to us” but rather it is up to God and he graciously allows us to join him.  We rely fully on the work and power of God to accomplish his purposes.  God doesn’t need us, but he knows it is to our benefit to participate in his work.  When possible, we meet physical needs and also spiritual needs.  We preach the Gospel, offering reconciliation through the work that Jesus has already accomplished.  In short, we are ambassadors from our nation, our Kingdom, to this world (2 Corinthians 5.20).  We are citizens of a foreign land but we’ve been sent into this world to manifest the values and priorities of our homeland (John 17.18).

So rather than ushering in the Kingdom, we manifest the Kingdom.  We show the world what it would look like if the Kingdom were here now.  This is what we pray in the Lord’s prayer – Your Kingdom come, your will be done be done on earth as it is in heaven.  We’re asking God to unveil the Kingdom (which is with him in heaven because that is where he is) to bring the Kingdom to earth, which will result in his will being done here they same way that it is done there – without fail, without delay, without conflict, without a divided heart.

This prayer is both an acknowledgment that only God can bring his Kingdom, and also an acknowledgement that God can begin to answer the prayer.  When we are living in obedience to him, we are manifesting the realities of heaven here on earth.  We will be divided in our motivations, but we can grow in faithfulness so that our divided hearts are more fully devoted to God’s purposes.  As we do on earth God’s will in some approximation of how it is done in heaven, the people of this world are able see what the next world will be like.  This is a powerful witness of the true reality of creation.   Creation the way God intended it to be from the beginning.

As stated in my last post, believer’s cannot get caught up in the polarizing politics of our day (or any day).  Our job is to promote the politics of the Kingdom wherever we are.  The Sermon on the Mount, from Matthew 5-7, is our clearest guide of what it looks like to live by the politics – or better yet, the values – of the Kingdom.  In my next post, I’ll discuss what it looks like practically to  manifest the Kingdom in the midst of our current polarized situation.  While I cannot give definitive answers regarding what each of us must do in any given circumstance, I do believe that God reveals to us the general dynamics of the Kingdom and allows us, by the guidance of his Holy Spirit, to walk faithfully in this place and time.